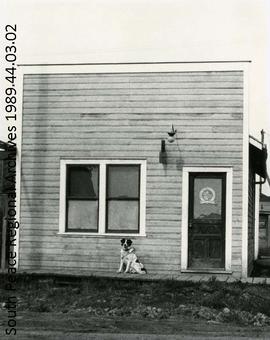 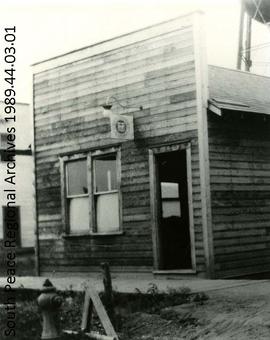 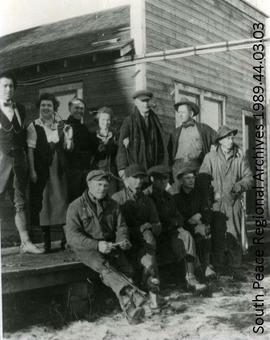 In 1913 Anson Wagar, pioneer businessman of Lake Saskatoon, applied for a franchise to operate a telephone company in the Rural Municipality of Bear Lake No. 740. Mr. Wagar had graduated from Yale University in 1903, and in 1912 he and his wife purchased homesteads in the Lake Saskatoon district. By January 1914 their franchise had been approved and they had become directors and the principal shareholders of the North-Western Telephone Company Ltd. Anson then turned his attention to obtaining the franchise for the Rural Municipality of Grande Prairie No. 739 and the Village of Grande Prairie, but it was not a smooth road. Opposition from the province, council members and residents culminated in a case before the Supreme Court of Canada where Wagar won an injunction against the village. By November of that year, poles and lines were being installed. Lines were extended to Beaverlodge in 1915, and by 1917 a report tabled in the House of Commons showed 60 phones in operation and 75 miles of wire. When Mr. Wagar sold the North Western Telephone Company to Alberta Government Telephones in 1920, the price was $9,000 for a line of long distance poles and exchanges extending from Beaverlodge to Lake Saskatoon, Grande Prairie, Clairmont and Sexsmith.

The records were compiled by Alberta Government staff in 1989 and donated to the Grande Prairie Museum. They were passed on to South Peace Regional Archives when it was established in 2000.

The fonds consists of a researched history of the North Western Telephone Company, which pre-dated the Alberta Government Telephone Co. in Grande Prairie, and three photographs: two of the first AGT office, and one of the AGT line workers and switchboard operators on the steps of the AGT office. The history was compiled by The System Historian for AGT in Edmonton and contains exercepts from three sources: the minutes and by-laws of the Rural Municipality of Bear Lake No. 740, articles from the Grande Prairie Herald, and the personal and business papers of Anson Wagar at the Provincial Archives.

The records were donated to the Grande Prairie Museum in 1989 and later transferred to the South Peace Regional Archives.

A finding aid is available at http://southpeacearchives.org/finding-aids/north-western-telephone-company/