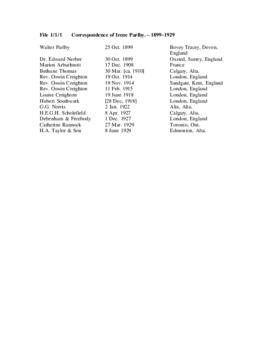 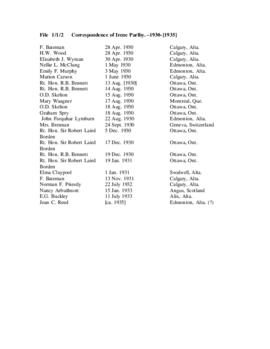 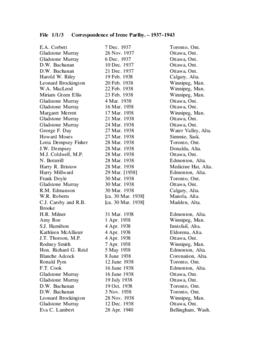 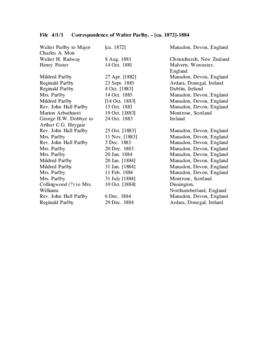 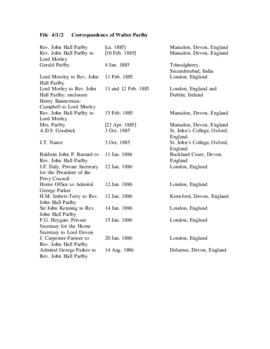 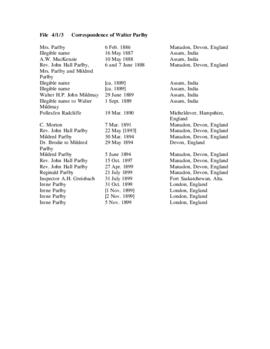 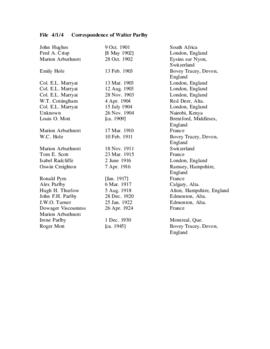 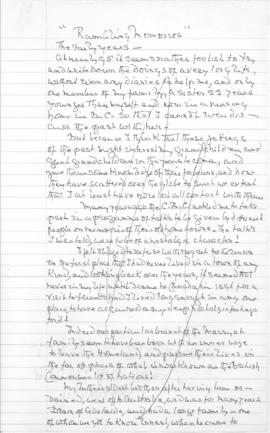 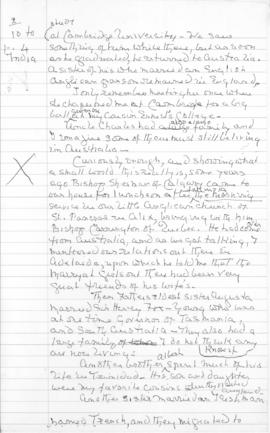 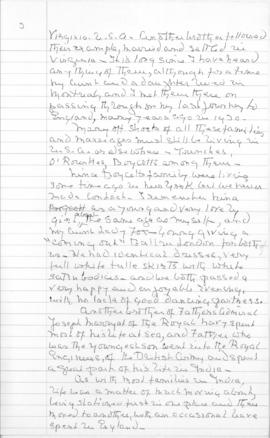 Walter C. H. Parlby (1862-1952) was born in Devon, England to Rev. John Hall Parlby J.P. and Emma Radcliffe Parlby. Mary Irene Marryat Parlby (1868-1965) was born in London, England to Col. Ernest Marryat and Elizabeth Lynch. Walter Parlby came to Canada in 1890 to join his brother Edward, and Irene Marryat arrived in 1896. They met shortly thereafter, and married in February 1897. They settled at Dartmoor Ranch, east of Lacombe, Alberta, and had one son, Humphrey (1899-1976). Both Walter and Irene were active in the area, Irene in various farm and women's groups, and Walter with the United Farmers of Alberta (UFA). In 1921, Irene Parlby, captured the UFA nomination for the Lacombe riding and subsequently defeated Liberal W.F. Puffer in the provincial election. She held that seat until 1935. In 1930 she travelled to Geneva as one of the Canadian delegates at the League of Nations. In 1931, Humphrey married Beatrice (Bee) Buckley (1903-1989) of Gleichen, Alberta. They had three children Gerald, Geoffrey, and Susan. Humphrey began farming at Dartmoor, and Bee, who attended Normal School in Calgary and the University of Alberta, taught school in central Alberta. In 1987 Bee was made a member of the Alberta Agriculture Hall of Fame.