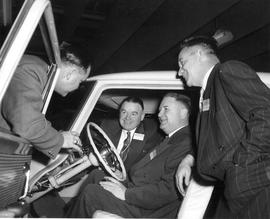 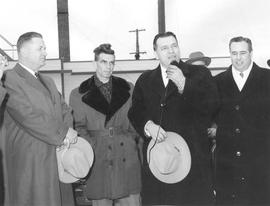 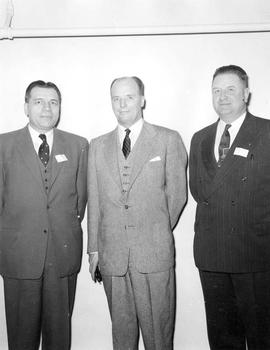 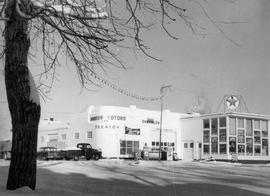 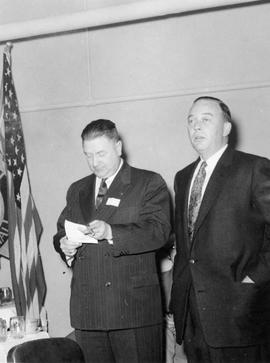 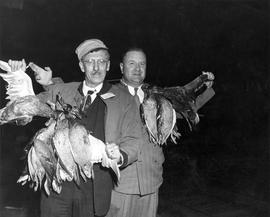 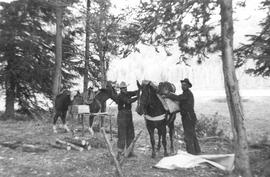 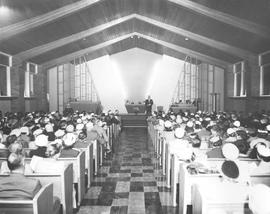 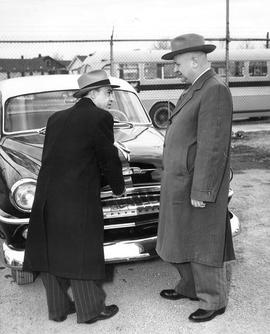 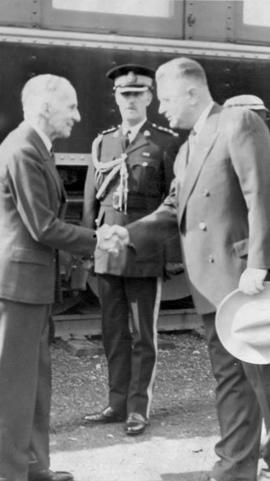 Robert Millar was born in Fernie, BC, in 1909, but from the age of five onward lived in Drumheller where he took his schooling and started to work in the automotive business. From 1931-1933 he was employed as a stockman for the Grande Prairie Garage Company but found he had come north at a bad time for establishing himself here so returned to Drumheller and a year later was partner in a garage business there. When WWII broke out, he sold his business and enlisted in the Canadian Army with the R.C.E.M.E. (Royal Canadian Electrical and Mechanical Engineers), serving two years in England, one in Italy and several in Europe. In March, 1946, he moved to Grande Prairie with his wife, Vera, and son, Bruce, where he and Les Longmate went into partnership in Windsor Motors. That same year he was elected to the school board and began his ten year civic service record. Elected to town council in 1951, he headed the finance committee for two years, and in 1953 was elected mayor. He was a member of the Kinsman Club, Canadian Legion, Rotary Club, Curling Club and Rodeo Association. He held executive posts with the Grande Prairie Chamber of Commerce for almost ten years. One of his favorite memories during his tenure was when Governor General Vincent Massey paid an official visit to Grande Prairie in 1954. Robert Millar resigned as mayor in 1957 and moved to Red Deer, where he and Mr. Longmate opened a car dealership, Millar Motors. When not busy with business or civic duties, Bob Millar loved hunting and fishing. Robert Millar died in 1981.

The records were donated to Grande Prairie Museum by his family from his estate in 1994. In 2000, they were transferred to the Grande Prairie Regional Archives. In 2004, a small accrual was added by the family.

The fonds consists of photographs of Robert Millar as mayor, and on various hunting and camping expeditions as well as photographs of Chrysler dealerships in the Peace country; newspapers containing articles relating to his tenure as mayor; copies of speeches; programs from event; financial statements; yearly report booklets; and correspondence all relating to his tenure as councilor and mayor. Also included is a 1923 calendar.

The records were donated to Grande Prairie Museum by his family from his estate in 1994. In 2000, they were transferred to the Grande Prairie Regional Archives. In 2004, a small accrual was added by the family.

A finding aid is available at http://southpeacearchives.org/robert-millar-fonds/