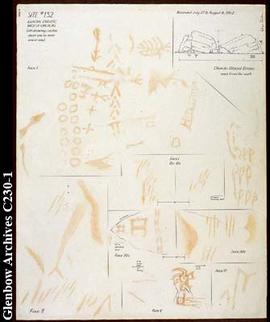 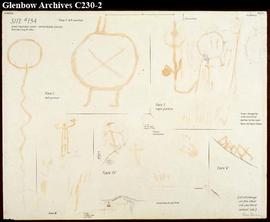 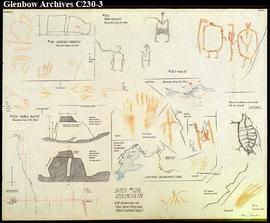 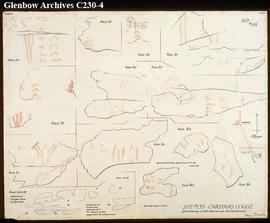 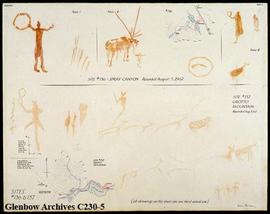 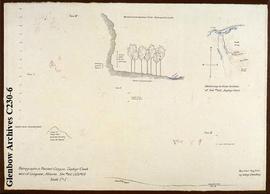 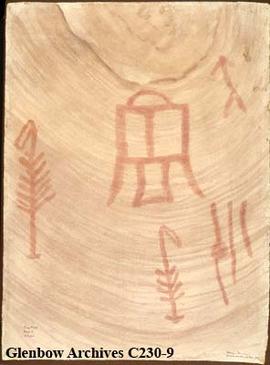 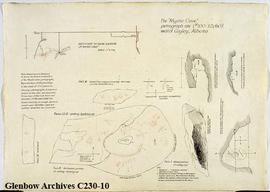 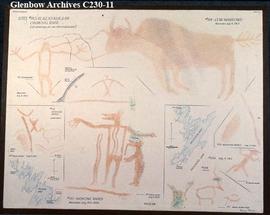 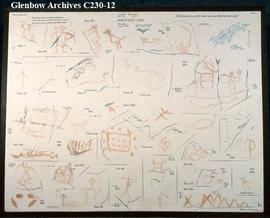 In 1960 Selwyn Dewdney, 1909-1979, of London, Ontario, already well known for his petroglyph work in eastern Canada, was commissioned by the Glenbow Foundation to record native rock art in western Canada. An art teacher by profession, Dewdney traced the petroglyphs onto rice paper using a special method he had developed. In the summer of 1960 he recorded sites primarily in Writing-on-Stone Provincial Park and along the Milk River in southern Alberta. In 1962 he recorded sites in Alberta and Saskatchewan with Glenbow archaeologist Don King, as his assistant. During his final field season in 1963 he recorded sites primarily in Saskatchewan and Manitoba. For further information see Daylight in the Swamp : Memoirs of Selwyn Dewdney. -- Toronto : Dundurn Press, 1997.

The drawings were held in Glenbow's art and ethnology departments before being transferred to the archives in 1988.

The collection consists of drawings from tracings of petroglyphs and pictographs in Alberta, Saskatchewan and Manitoba; Dewdney's reports to Glenbow about his work; and extensive photographs of the rock art sites, the tracings process, and the tracings themselves.