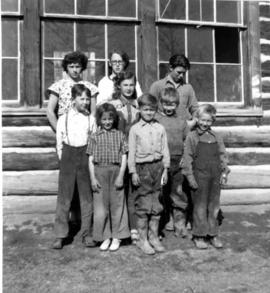 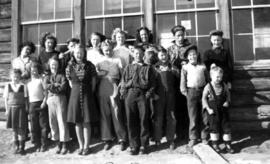 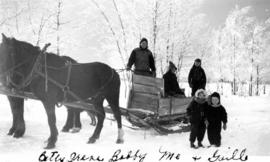 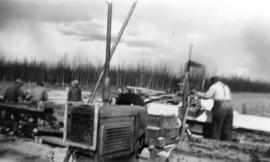 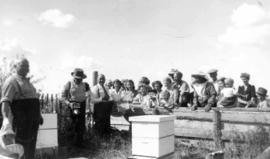 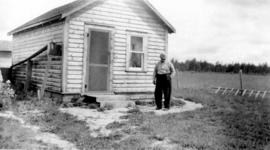 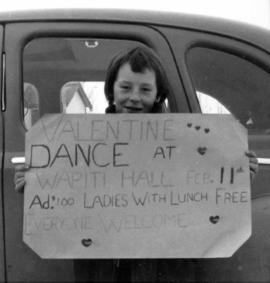 The South Wapiti area centered on Township 79, Range 8, West of the 6th meridian. It was opened for agriculture in the early 1930s, with settlers crossing the Wapiti River by boat at Pipestone Creek. A post office was started in Mr. Riggs house, and soon there was a ferry over the river. The first community building was the South Wapiti School (District No. 4623) built in 1935, the center for clubs, meetings and church as well as the school. When the Riggs left in 1940, Archie Gerow took over the post office and added a small store. In 1952, a hall was built on Ted Day's quarter, SE 17-69-8-W6, and became a venue for wedding dances and community events. As transportation became easier, the settlers could go to Grovedale or Pipestone Creek for the goods and services they needed. The store and post office were the first to close, with the school following in 1962 and the hall around 1964.

The photographs were preserved by Melba (Bunny) Day Schenk, daughter of Ted Day and grand-daughter of Olaf Berg. They were deposited with South Peace Regional Archives in 2006.

The collection consists of 15 photographs of the farmers and settlers who lived in or frequented the South Wapiti area, including Olaf Berg, the Ted Day family, Osbornes, McCulloughs and Ryans.There is also a photo of "The Bee Man" from the Beaverlodge Research Station giving a demonstration on bee keeping for the South Wapiti Community.

The photographs were deposited with South Peace Regional Archives by Melba Schenk in 2006.

A finding aid is available at http://southpeacearchives.org/south-wapiti-collection/