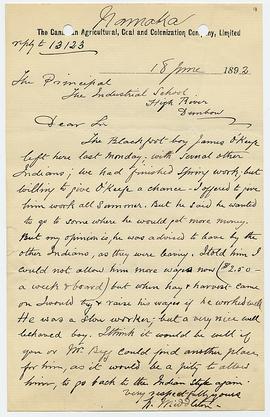 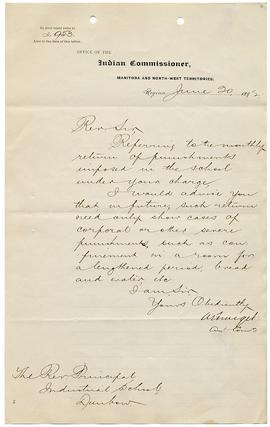 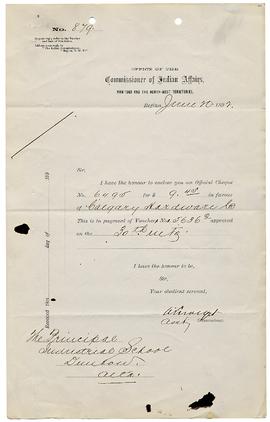 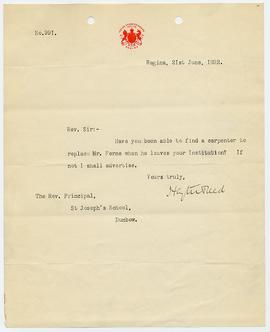 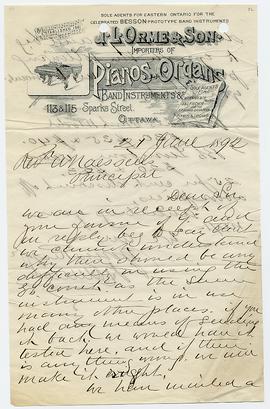 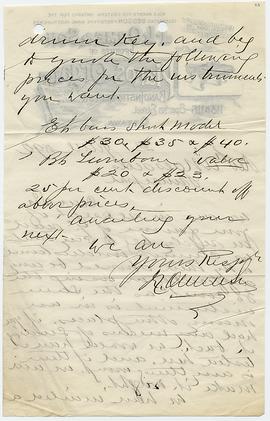 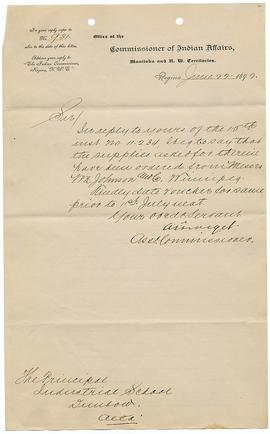 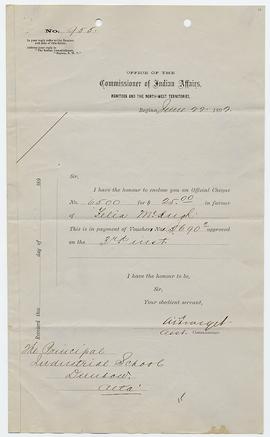 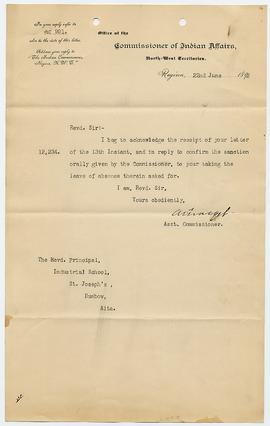 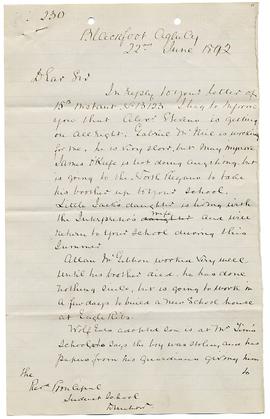 St. Joseph's Industrial School, commonly known as Dunbow School, operated from 1884 to 1924. It was built by the Canadian government, north of High River, Alberta (near the confluence of the Highwood and Bow Rivers) and was operated by the Oblates of Mary Immaculate as a Catholic residential school for Blackfoot children. It was one of the first three Indian residential schools in western Canada. The principals of the school were Father Albert Lacombe (1884-1885), Father E. Claude (1885-1890), Father A. Naessens (1890-1907), Father J. Riou (1907-?) and Father J.A. Demers (?-1924). The Commissioner of Indian Affairs in Regina and the Superintendent of Indian Affairs in Ottawa supervised the operations of the school. For further information see Brian Titley's article, "Dunbow Indian Industrial School : An Oblate Experiment in Education", in Western Oblate Studies 2 / Raymond Huel editor. -- Lewiston : Edwin Mellen Press, 1992.

The fonds consists of eight volumes of letterbooks: five of the principals' general correspondence and reports (1884-1907); one of letters to the Superintendent of Indian Affairs, Ottawa (1897-1909); and two of business letters, orders, deliveries, etc. pertaining to the daily operations of the school. Also includes incoming letters (1892), primarily from Hayter Reed, Commissioner of Indian Affairs. RECORDS RELATED TO THE FOLLOWING SUBJECTS ARE ALSO IN THIS FONDS: Father E. Claude, John Delaney, Vital Grandin, and 1885 Riel Rebellion (North West Rebellion).

Further records of the school are part of the Oblates of Mary Immaculate records at the Provincial Archives of Alberta. The Baptism, confirmation, marriage and burial register (1885-1920) is held by the Roman Catholic Diocese of Calgary Archives.