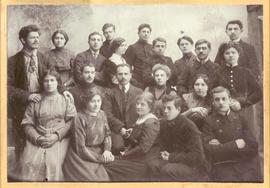 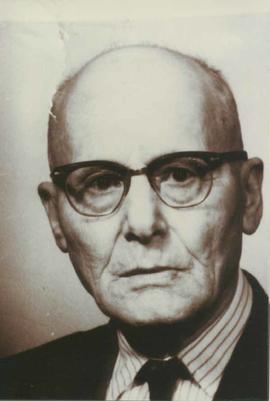 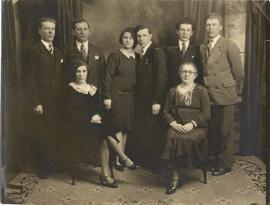 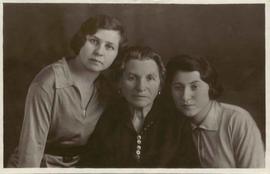 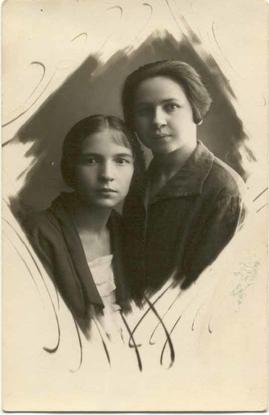 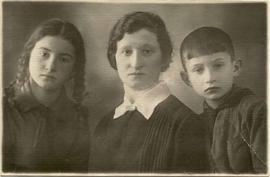 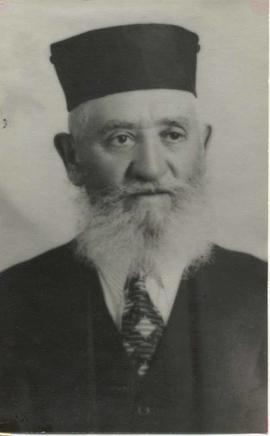 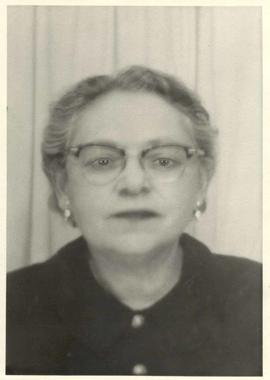 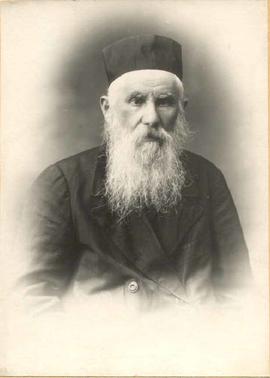 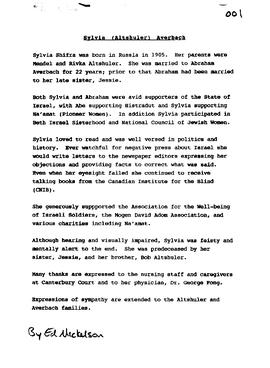 Sylvia (Shifra) Altschuler was born in Russia in 1905. In 1937, she was naturalized as a British subject of Canada, and in 1966 received Canadian citizenship. After the death of her sister Jessie, Sylvia Altschuler entered into a Leviret marriage with Jessie's husband, Abraham Averbach. Sylvia and Abraham Averbach were married for 22 years before Abraham Averbach's death ca. 1990. Mrs. Averbach died in 2001 in Edmonton.

Donated by Ed Mickelson in 2001 and 2002. Mr. Mickelson was the head of the Jewish Senior's Drop-in Centre in Edmonton and cleaned out Mrs. Averbach's room at the Cantebury Senior Citizen Home after her death.