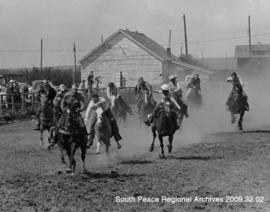 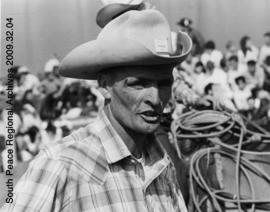 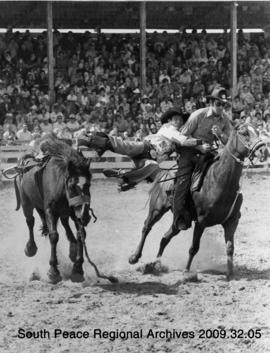 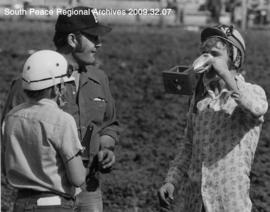 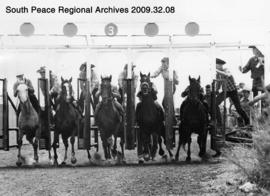 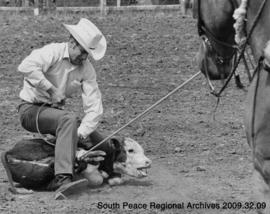 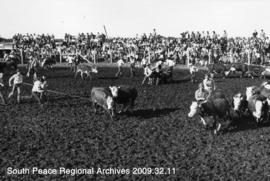 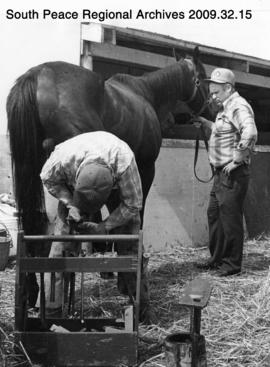 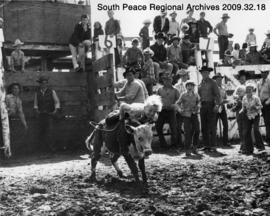 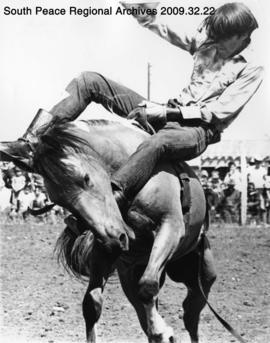 The Teepee Creek Stampede started out as early as 1917 as community picnics held on Bob Munroe's land. There would be ball games, tug of war, and horse races and everyone brought food for a big community picnic, complete with homemade ice cream. In the evening there was always a dance. The Teepee Creek Ladies Club was a major organizer in those days. Riding the bucking broncs was introduced as early as 1917 and continued through the years to be a great draw for the crowds. By 1932, the U.F.A. directors William Adair, Milne Fraser, Ken Grant, Doris White, Ruby Thomas, George McCauley, and Jack MacKenzie managed the organization of the Stampede. More events were added over the years and by 1978 the Stampede included pari-mutual racing as well as chuckwagons, lady undecorators, lady barrel racers, bull riders, steer wrestlers, calf ropers, bare back riders, team ropers, bronc riders, big chariots, pony chariots, pony chuckwagons and wild horse races. By then the Stampede Association owned 60-70 horses and had agreements with contractors to supply cows and calves, bulls and steers. It owned 92 acres of land, barns, grandstands, booths , corrals and a good well. Money made by the Stampede was always put back into improvements to the grounds. The 1978 executive members were Orval Sorken, Norman Love, Stanley Sparks, Bud Gaboury, Robin McQuaig, Norman Hollingworth, Pearl Mc Laughlin, and Donald McQuaig with thirteen committees full of on the ground workers. In 2009, the Teepee Stampede is still a major summer event in the Peace country.

The records were donated to the South Peace Regional Archives by Corry Stark for the Teepee Creek Stampede Association in 2009.

The fonds consists of 23 photographs relating to historical events at the Teepee Creek Stampede.

The records were donated to the South Peace Regional Archives by Corry Stark for the Teepee Creek Stampede Association in 2009.

A finding aid is available at http://southpeacearchives.org/teepee-creek-stampede-association/