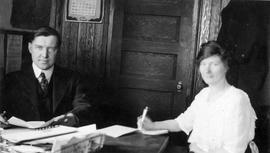 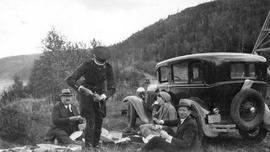 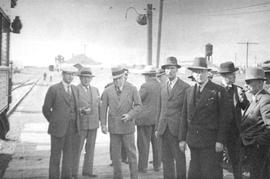 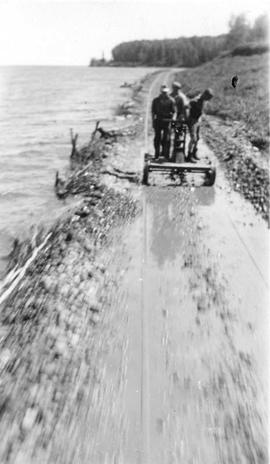 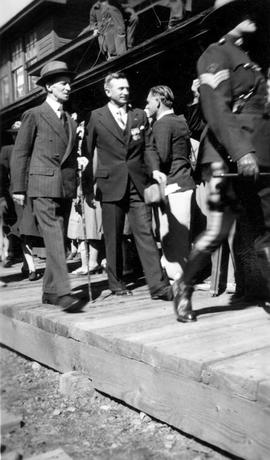 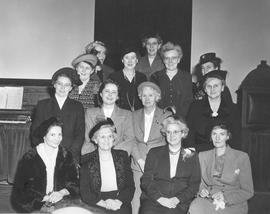 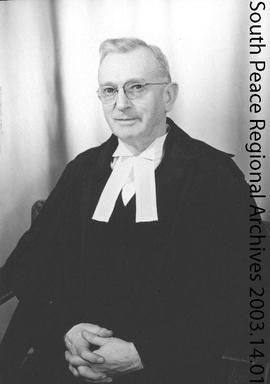 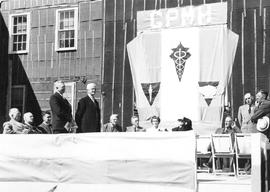 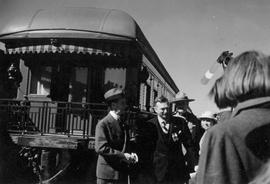 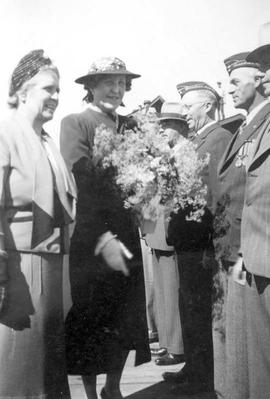 T. W. Lawlor was born in Killarney, Manitoba, in 1890. There he received his schooling, and went on to graduate with a Bachelor of Arts degree from the University of Manitoba in 1914. He then came to the University of Alberta to study law, articling with the law firm of Hineman, Milner and Matheson. Between 1916-1919 his studies were interrupted when he joined the 196th University Battalion to serve with the Canadian Machine Gun Corps in France and later the Royal Air Force in Egypt. Returning to Edmonton after the War, he completed his L.L.B. in 1920. He set up his first practice as Barrister & Solicitor in Spirit River in 1920. On May 2, 1921, he married Sarah McCrimmon, R.N. In 1924, he moved his family to Grande Prairie and set up a law practice with J. H. Sissons on Richmond Ave. By 1930, Mr. Lawlor had been appointed agent for the Attorney General of Alberta, then was named King’s Counsellor in 1944. He held the post of crown counsel for the judicial district of Grande Prairie until ill health forced his resignation in 1958.

Mr. Lawlor was very community minded, active in the United Church, the Masons, the Legion, the Board of Trade, the Hospital Board, the Canadian Club, the Canadian Legion, and the School Board. He became Mayor of Grande Prairie in 1939, and hosted an official visit from the Governor General, Lord Tweedsmuir, in August of that year, just before the declaration of war in September. As mayor, Lawlor decided the time had come to pave Richmond Avenue and extend water and sewer systems. He remained in office until 1942, caught up with changes brought about by the war effort. These included a Basic Training Army Base set up in the south end of the town, and improvements to the town’s airport which included an American Army Base, established as part of the Northwest Staging Route.

The records were donated to the Grande Prairie Regional Archives by T.W. Lawlor’s daughters, Agnes Sovereign in 2000 and 2004, and Flora Rankin in 2003.

The fonds consists of 1 portrait of T. W. Lawlor as barrister and mayor; 14 photographs relating to civic duties, including the official visit of Governor General Lord Tweedsmuir, in 1939; 3 post cards (one of which shows a military parade) of Richmond Avenue, Grande Prairie; 1 news article, June 2, 1959, and 1 tribute obituary. Also included is a Christmas postcard with a wedding photograph of Agnes(Lawlor) and Don Wilson.

The records were donated to the Grande Prairie Regional Archives by T.W. Lawlor’s daughters, Agnes Sovereign in 2000 and 2004, and Flora Rankin in 2003.

A finding aid is available at http://southpeacearchives.org/thomas-wilson-lawlor-fonds/

Also donated were newsletters and a trail guide for The Alexander Mackenzie Trail Association located in reference files and booklets respectively.
A painting of Forbes Presbyterian Church 1911-1926 is located in Collections.