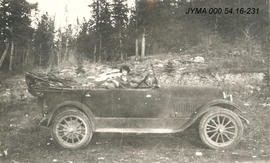 Zita Long in a car 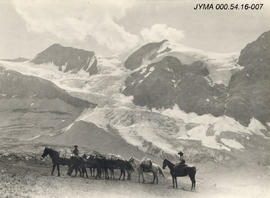 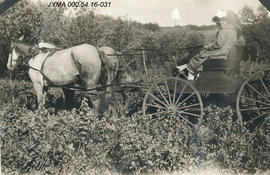 Zita Long and her brother Bert in horse and carriage. 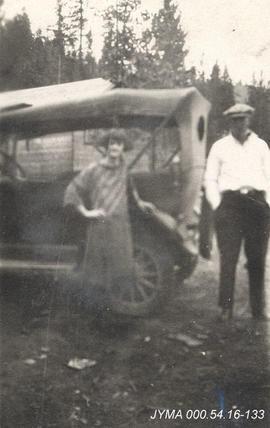 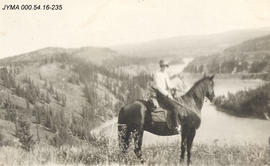 The fonds consists of the manuscript of "Seventy Years of Growing with Canada" (368 p. with name index), a letter from an editor from Pyerson Press, dated 1938, and a photocopy of an article on Zephirin Malhiot. The manuscript is the autobiography of Mr. Malhiot, from his childhood spent on his parents' farm in Becancour, where he learned French traditions, up to 1927. His memories cover both the technical and the political aspects of building railways and energy stations in Canada at the end of 19th and the beginning of the 20th century. 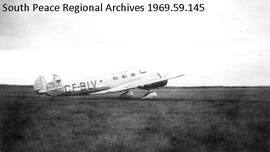 The fonds consists of photographs of Yukon Field Force on the trip up the west coast, and Fort Selkirk.

The fonds consists of: a map of the high school annex subdivison (1906); a CPR freight bill (1903); history of the naming of Many Island Lake, as told by George W. Fullerton (undated); land transfer between Isabella Mitchell and Harry Yuill (5 pgs) (1914); blueprint of residential lots in Elkwater showing Yuill property (1913); research paper and family history entitled "Living in Medicine Hat: The Yuill History 1883-1985" by Kathy Dirk (1985); 9 photographs of students at an unidentified school, portraits of H.C. Yuill and C.H. Weir, King George VI and Queen Elizabeth, and the Brunswick Hotel (1883-1912); 6 photographs of a branding party at Bill Yuill's Ranch ([197-]); 1 photograph showing a group portrait of the Mayor and Town Council (1898).