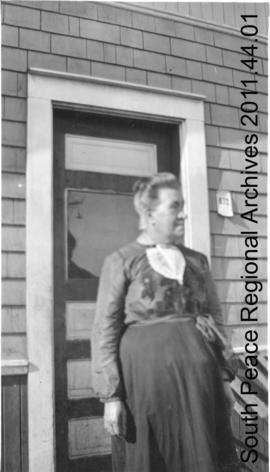 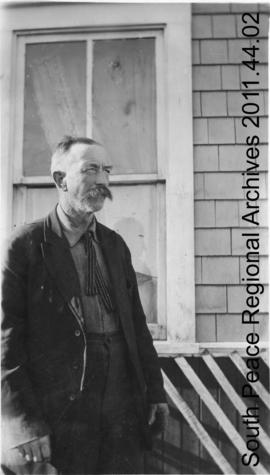 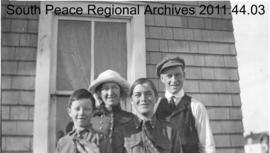 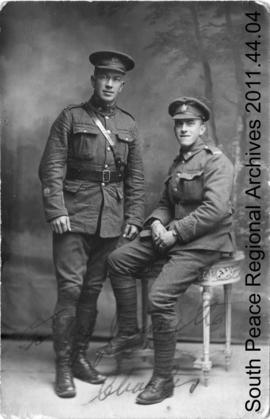 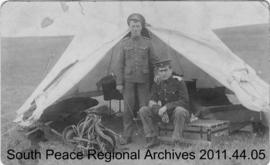 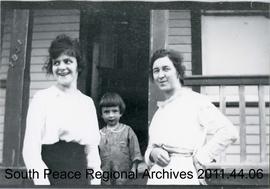 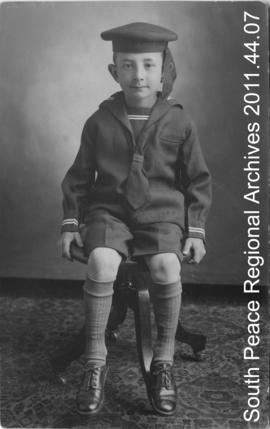 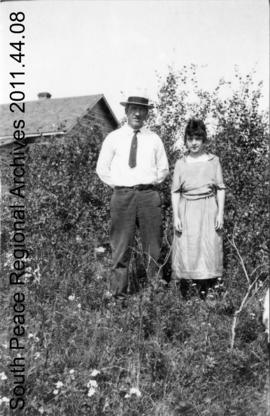 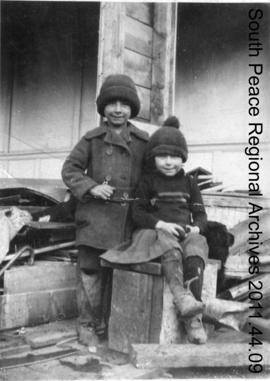 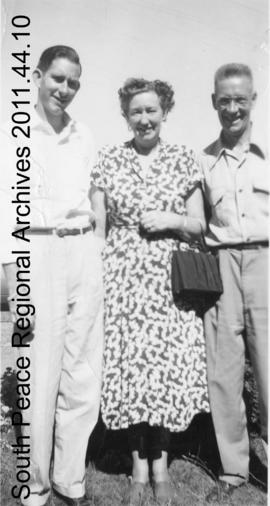 Agnes Jane Knight (born 1869 in Ontario) and Samuel James Turner (born 1864 in Ireland) were married in 1886 in New Westminister, B.C. They had 8 children, 7 boys and 1 girl all born in Cilliwack, B.C. except for the youngest, Ellis, born in Calgary. Their first child died as an infant and their third died at age three. Charles Thomas McLinden was the fourth child born in 1891. He joined the Peace Time Militia in 1910-1914, and in 1915 he was loaned to the British Imperial Army until the end of WWI. While staying in France he met and married Jeanne Dubois . They moved to England where Charles Wilmot Samuel Turner was born March 13, 1917. After the war, the family moved back to Calgary where Agnes Jeanne Ethel (Jeanne) Turner was born. In 1920, the family moved from Chilliwack, BC, to Debolt, AB, in search of homestead land. They came with their children Albert, Clifford, Ellis, Ethel, Wilmot and CTM Turner and wife, Jeanne, their son Charles W S, and daughter A. Jeanne E. A third child, Frances Leon Arthur (Frank) was born in Grande Prairie. <p>Charles WS Turner served in WWII and, on returning to Grande Prairie, met Gwendolyn Wilcox. Gwen was born in Edmonton and grew up in Dawson Creek. She completed nursing training in Vancouver and relocated to Grande Prairie to begin her nursing career. She and Charles W.S. Turner met and were married in March 16,1949. Their children are Cliff, John, Patricia (Lemky) and Suzanne (Dunn) all of whom lived and raised families in Grande Prairie.

The first collection of photographs to be copied were donated to the South Peace Regional Archives by Suzanne (Turner) Dunn and her mother Gwen Turner in 2011. Further donations were made in 2011 and 2014.

Restricted items in the scrapbook.

A finding aid is available at http://southpeacearchives.org/turner-family-fonds/