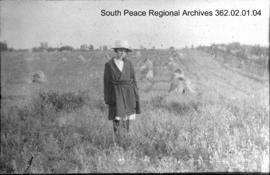 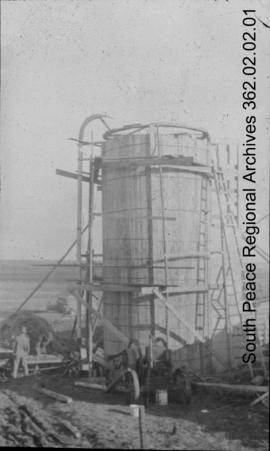 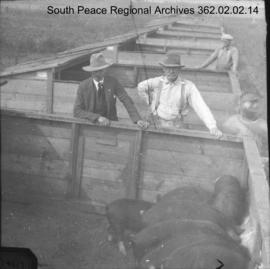 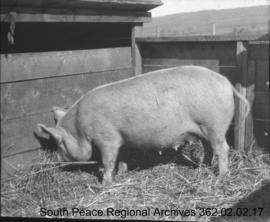 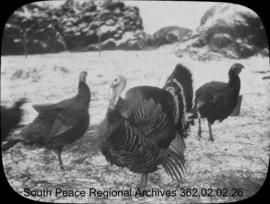 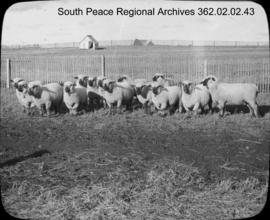 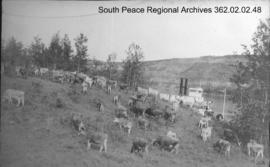 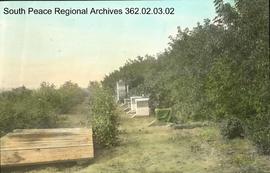 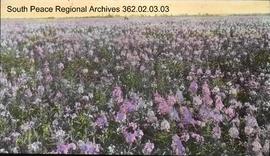 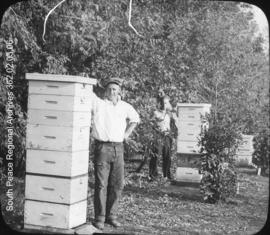 After the death of W. D. Albright, the textual records passed to the custody of his wife, Eva Belle Albright. She and Francis Flint tried to organize the records and asked for help from Francis’ daughter, Beth Sheehan. Beth eventually inherited the records and later donated them to the Grande Prairie Public Library. The Library added them to the Charles Spencer reference collection. In 2008, GPPL passed them on to South Peace Regional Archives.

The glass lantern slides and index cards originally belonged to the Beaverlodge Research Station which discarded them. The slides were rescued by Bill Sterr and preserved by South Peace Centennial Museum. In 2009, with the agreement of Mr. Sterr’s partner, Margaret Pfau, they were donated to South Peace Regional Archives. Copies of some lecture notes were also donated with the slides.

The fonds consists of lecture notes, addresses, radio addresses, articles, research materials, and slides and index cards created or gathered by W. D. Albright. The material dates from 1890 to 1945 and relates to Albright’s work as a speaker and author, connected with his role as Beaverlodge Experimental Substation Superintendent.

The fonds is organized in two series: Lecture Notes and Lantern Slides. The division is primarily due to the difference in media, since the two series are intellectually closely related to one another and deal with many of the same topics

In 2008, the Grande Prairie Public Library passed the textual records on to South Peace Regional Archives.

In 2009 the slides were donated to South Peace Regional Archives. Copies of some lecture notes were also donated with the slides.

A finding aid is available at http://southpeacearchives.org/w-d-albright-fonds/