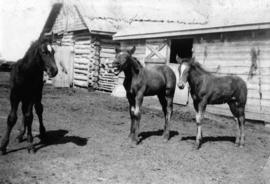 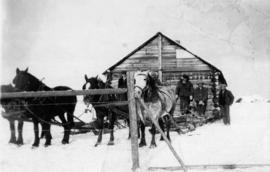 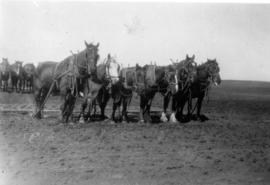 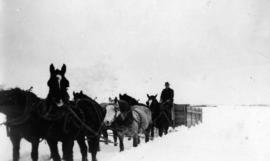 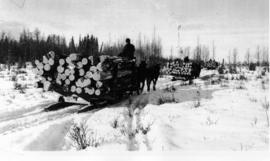 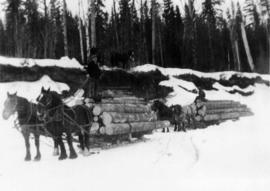 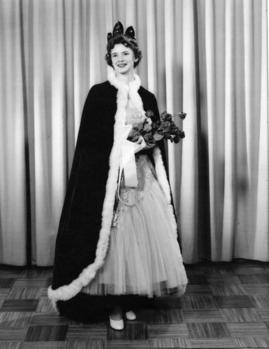 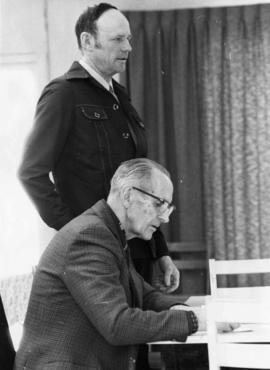 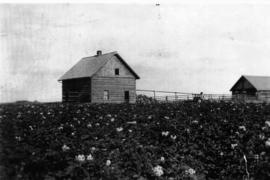 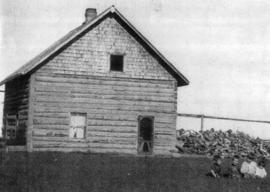 In 1863 Alfred Ross Wales was born to a farm family in Omagh, Ontario. He married Alice Vanalstine and they had six children: Ross (b. 1888) and five sisters: Eva, Alice, Mae, Agnes, and Myrtle. By Christmas, 1912, Ross was in Edmonton and had met and married Annie Moon. He and Pete MacPhee made a trip to the Peace country where Ross had filed on S.E. 35-71-4 W6. and in 1912 he decided the family should move there. He and many members of the Moon family travelled over the Edson Trail to the Glen Leslie area. Alfred Wales, Ross' father came to the area in 1913, filed on a homestead, built a house and sent for his wife and daughters. Ross and Anna had their first child, Alfred, born in a tent in September, 1913. Charles Wales was born Dec 18, 1914. He attended Somme School (which was also the Glen Leslie Church). He farmed with his father Ross and brothers Alfred aand Jack. In 1938 he married Jeanett Andersen. Charlie and Jeanett had five girls: Marilyn, Joan, Joyce, Sharon, and Debbra. Jeanett passed away in 1965 and a few years later Charlie married Alta and moved to Grande Prairie, built a new home and sold his farm to Alfred and his sons.

The records were deposited in South Peace Regional Archives by Charlie Wales in the years between 2003 to 2008.

The fonds consists of 27 photographs (1915.- 2002) relating to family, horses and logging, and the Glen Leslie Community; a written history of Somme School; Glen Leslie Cemetery records, documents relating to the Grande Prairie Lawn Bowling Club and the Alberta Rural Electrification Association publication, "From Candles to Computers and Beyond".

The records were deposited in South Peace Regional Archives by Charlie Wales in the years between 2003 to 2008.

A finding aid is available at http://southpeacearchives.org/wales-family-fonds/