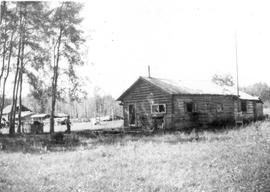 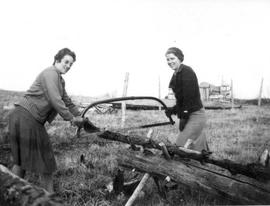 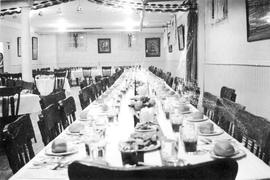 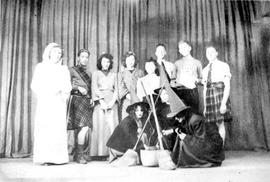 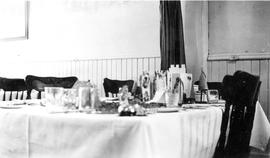 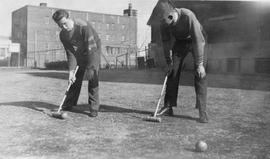 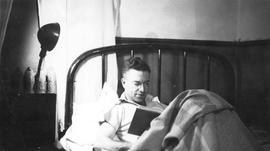 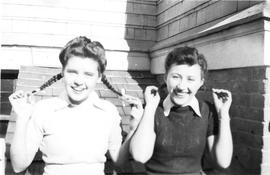 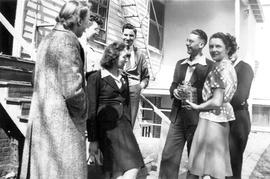 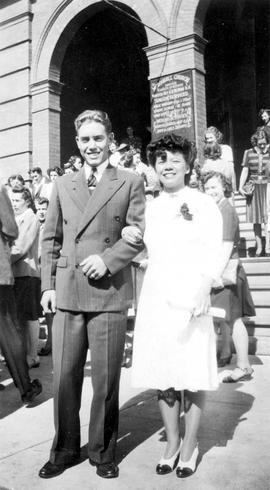 William Archer was born in 1926 in Wembley, Alberta to Ruth and Joseph Archer. His parents had arrived in the Grande Prairie area in 1916 to establish a law practise in Lake Saskatoon. Ruth Archer was the sister of Dr. A.M. Carlisle. Bill attended school in Wembley and Beaverlodge, then completed his education at Alberta College in Edmonton where he studied theology and eventually became a United Church Minister. Bill served as a student minister in the Hines Creek area. At that time the United Church and the Anglican Church had a sharing agreement. In the winter the Anglican Deaconesses came and lived in the church house, and in the summer the United Church student minister came and lived in the church house. Both denominations used St. James Anglican Church and cared for the same congregation. As well as ministering in Hines Creek, Bill taught Sunday School and held services at Hinterland School and Horseshoe Valley School. In 1946 Bill joined the RCAF as a Chaplain and later became a Major in the Canadian Armed Forces in Ottawa.

The records were deposited in Grande Prairie Regional Archives in 2004 by Kathleen Ellis, daughter of Margaret Archer Ellis, Bill’s sister.

The fonds consists of 60 photographs of Bill Archer’s year at Alberta College in Edmonton and his summer as a student minister in the Hines Creek area. There are also a few photographs of the Archer family.

The records were deposited in Grande Prairie Regional Archives in 2004 by Kathleen Ellis.

A finding aid is available at http://southpeacearchives.org/william-archer-fonds/